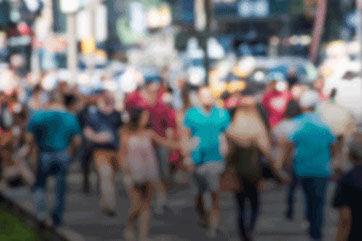 Put a Pin In It: Pinterest Poised for Advertising Gold

Pinterest has never suffered from a lack of adoration. From the time it hit the internet back in March of 2010, this online scrapbooking site has been a major player amongst the platforms. However, unlike Facebook and Twitter, advertisers have yet to really find a linear way in which to cash in on the estimated 1.36 million users who log onto the site daily.

Of the social networks, Pinterest is consistently at the top for driving the highest percentage of traffic and sales. A big reason for this is the fact that Pinterest users top out at an average of 16 minutes per session, compared to 12 minutes for Facebook and 3 for Twitter. Beyond having a more engaged user base, Pinterest is an extremely valuable traffic source. In the apparel category alone, referral traffic rose 289% from July to December. Additionally, they have a strong showing across most age demographics with 25-34 being the highest at 27.41%. (Pinterest statistics)

With such a diverse and invested user base, Pinterest is far from resting on their laurels. During this past summer and going into Q4, the brand is taking tangible steps to evolve their business from a social media network into a curated search and social platform. Earlier this summer, Pinterest began expanding their ad offerings to better align with their updated search engine that was rolled out in April. Previously, they had only accepted large display brand plays with a cost-per-thousand views pricing model. However, starting in June, they began testing self-service ads. These promoted pins show up at the top of search results and are offered on a price-per-click model. Additionally, these ads allow brands to target based on category. At this time the site offers 33 pre-determined categories such as Fashion, Food & Drink, and Travel, as well as featured categories such as Fashion Week, Gifts, and Video.

Things aren’t slowing down going into Q4. With a 71.5% female user base, Pinterest recently brought on former Unilver marketing VP David Rubin to be the company’s first Head of Brand. Rubin’s primary focus is going to be growing the brand, and a lot of that is contingent upon attracting male users. Pinterest is relying heavily on their guided search, newsfeed, and interest following features to make the experience all the more appealing for new users.

Most recently, Pinterest has expanded their analytics offerings, which have long been on the list of requests from both users and businesses. Earlier this month, the site implemented a new dashboard that includes a wide range of data, including mobile app use. This is a widely celebrated feature due to the fact that mobile accounts for 75% of all Pinterest activity, and mobile traffic has surpassed their display traffic since early 2013 (comscore). The primary value these analytics offer to advertisers is that they can now see which of their boards and pins within each board are getting the most attention. These insights into what consumers are willing to pay for, combined with demographic data, can provide companies with a much better picture of how their average Pinterest user compares to their other marketing research. Some brands have taken these learnings and applied them to campaigns such as Target’s upcoming “My Kind of Holiday” campaign.

While these strategic moves are designed to sway market share away from both Google on the search front and Facebook on the social, the long-term goal is to effectively align with brands that want to capture an invested user who’s utilizing Pinterst as a key step in the purchase funnel. As Don Faul, the company’s head of operations puts it, “People use Pinterest when they are thinking or dreaming about the future, they’ve declared an intent” that could eventually lead to a purchase.”

While at first glance, the site may look like a black hole for crafters and brides-to-be, Pinterest’s ability to capture users, innovate, and expand their offerings across multiple platforms shows that they’ll continue to be a major player in the digital space as well as a company to keep an eye on.