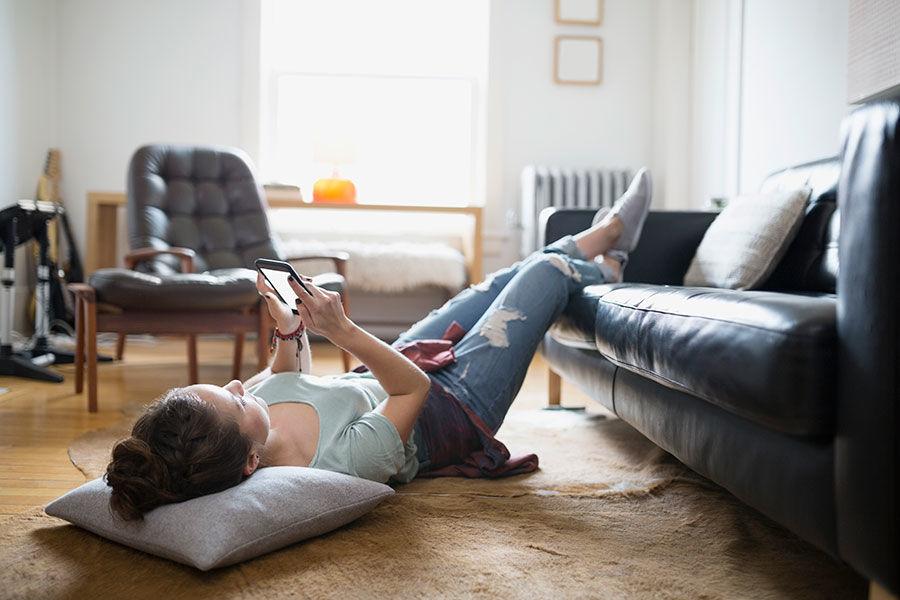 What Are The Advantages of Print Advertising?

What’s Better Than An Award For The Best Digital & Social Ad Campaign?

Being an Account Executive at MNI has a lot of perks. One of those is our ability to work not only with our own industry-leading products, but also with a lot of up-and-coming technologies that lend themselves to creating the best digital marketing campaigns. It’s how we can be sure we’ve got cutting-edge solutions to reach even the most niche audiences for our clients.

Because we partner with so many technologies, we have the opportunity to do some really fun projects and find some very creative ways to provide solutions to our clients. Of course, having access to great solutions is only half of the equation; we also need a partner who’s looking for help on a unique campaign that requires some out-of-the-box thinking.

Years ago, when I started at MNI, I met the team from a local agency—Madison+Main—that focuses on small- and medium-sized business here in the Virginia/West Virginia area. For years there weren’t a lot of projects for us to work together on, but they love to learn about new offerings and I love to hang out with fun people, so we all spoke often. One day, the Madison+Main team approached me and said they had a project that they thought might make a lot of sense for MNI. They explained that the budgets were small but the goal was critical. I was intrigued. After meeting with the team, I learned that the client was The Office of the Attorney General here in VA, and the goals of the campaign were to slow/stop the spread of human trafficking in our state, and to ultimately help the victims of this horrific crime.

I have always prided myself on treating every campaign that I work on with the same sense of urgency and focus that I would if it was my own company or cause. But, this campaign was extra special to me; I knew that it was being designed to make a real difference in people’s lives.

GETTING CREATIVE WITH A LOCAL ADVERTISING CAMPAIGN FOR GOOD

With limited budgets and unlimited hopes for what we could accomplish, we set out to build the best possible digital advertising campaign—one that could truly help people. The first step was to narrow down the areas we were targeting, to make sure we made the most of the impressions we had. We employed a local marketing approach, using Advanced Geo-Fences to serve hyper-locally targeted mobile ads directly to truck stops up and down the I-95 and I-81 corridors. Not only are these the areas that victims of human trafficking are moved through, they’re also areas in which prostitution is most prevalent. Here, we could accomplish all the audience-targeting goals of the campaign: We could reach people and remind them to keep a vigilant eye open for this type of activity; we could speak to people who may be soliciting prostitutes; and we could remind victims that they were not alone and that help is available.

Knowing that this crime affects people from all over the world, and that this message needed to be communicated in many languages, we also set up placements that would dynamically serve the ad units in the language that the phone’s language settings were set to.

Typically, when we put together a digital media plan for a client, we put rigorous safeguards in place to make sure that the ad message is never seen alongside objectionable content. For this campaign, I worked back with my digital team to see what was possible if we not only removed these safeguards, but actively sought out sites that might actually align our message with objectionable content. I knew my team could make it happen—with the research tools available to them and the ability to build out custom white lists of sites, we were able to locate a short list of sites that would place our message in front of the people most likely to solicit prostitutes. With this mix of tactics, we could not only reach the victims and tell them where to find help; reach people who might witness human trafficking and encourage them to report it; and speak to the people who may not realize they are contributing to the problem; but we were also able to ensure that all of these critical impressions were hyper-targeted, and that each one reached its desired audience.

It has been a truly rewarding experience to work on this project and to be given the opportunity to really do some good in the lives of others across my state. I am so thankful that Madison+Main, an agency that I had built a relationship with by keeping them up-to-date about all that we offer—turned to MNI and me for input during the ad campaign strategy phase of this project. This took a tremendous amount of trust on their part, to reach out for such an important campaign. Working together and building out a plan that rewarded their trust with great results was really special.

An unexpected result of this campaign has been the attention that it’s received from other members of the advertising and communications world. It has won several awards, including a Diamond BrillIAAnce Award from the International Advertising Association (IAA), and an Excellence in New Communications Award/Digital and Social Media from the SNCR (Society for New Communications Research).

I have had the pleasure of accepting some of these awards on stage with the team from Madison+Main, and celebrating not only how this campaign has cemented our partnership but, more importantly, the positive effect we have had on the lives of those affected by this horrible crime. Greater than any award, the VA Office of the Attorney General confirms that at least one victim of human trafficking was saved as a direct result of this campaign. It may only be a small step in the right direction, but it was a step nonetheless, and it serves as a reminder that we, as targeted marketers, really can make a positive impact using the ever-changing digital tools at our disposal.

LEARN MORE ABOUT THE BEST WAYS TO ADVERTISE!

Read more about the IAA Mobile Brilliance Award here, and learn how local mobile ads, or how MNI can help your brands next campaign!