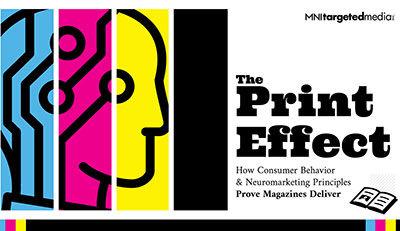 Recently I had the pleasure of introducing Linda Thomas Brooks, President and Chief Executive Officer of the MPA—The Association of Magazine Media, at our national sales meeting. I wanted to warm up the audience for her after they’d had an information-intense day of meetings and trainings, and prepared a short history of magazines to whet their appetite for print media.

THE HISTORY OF MAGAZINES

In my desire to be interesting and informative, as I prepared my remarks I started where I always start, with the audience: Why should my audience care about ads in magazines? The answer was somewhere in a combination of words like trusted media, engagement, conversions, and truth, but I realized that I knew astonishingly little about the origins and history of magazines—and that played a role in the answer, too. I was embarrassed—here was a major form of media that I not only grew up reading heavily (we were subscribed to Time, National Geographic, BusinessWeek, Boardroom Reports, Vanity Fair, and New York Magazine in my house), but that I now proudly advocate for as a marketer, and I literally knew nothing about magazines’ origin. I knew Marconi invented the radio sometime in the 1800s, TV became widely watched in homes in the U.S. in the 1950s, and that the internet became widely accessible sometime in the mid-1990s (while I was still looking things up in encyclopedias). But when was the first magazine widely distributed? Maybe sometime after Gutenberg figured out that printing press? I had no clue. So I set about self-educating. Here’s what I learned:

WHEN WAS THE FIRST MAGAZINE PUBLISHED?

The first widely-distributed magazine was The Gentleman's Magazine in England; it started in 1731 and was in circulation for 200 years! Now I was hooked. 200 years? That’s an eternity when compared to other media types.

And then I thought, “What about the magazine titles that MNI Targeted Media Inc. runs advertising in?”

Well, that was truly enlightening as well. Let me take you on a stroll through the ages…

Cosmo looks slightly different today, yes? Well, all these titles made their debut in the 1800s.

The early 1900s also had their share of incredible magazine starts…

While Marie Claire only came to the U.S. in 1994, I was surprised to learn it had been operating in France since 1937.

And when you look at the mid-to-late 1900s, it’s astonishing that the 1970s were such a hotbed for magazine launches (People, Smithsonian, Money  Magazine, Country Living)?  I guess I was more focused on the Bee Gees. ☺

After I took this trip down history lane, it struck me and struck me hard:
The reason why the printed magazine medium has lost some of its luster in the market is simple. It’s the same reason that we sometimes buy new clothes we don’t need, or listen to advice from a stranger more readily than the same advice given by a close family member: FAMILIARTY.

I guess the old proverb really is true: “Familiarity breeds contempt." At a minimum, it does seem to breed boredom. And it doesn't seem to just apply to humans but to media forms as well.

WHY DIGITAL MEDIA WORKS AS THE NKOTB
No, I’m not talking New Kids on the Block, the boy band. I’m saying that digital media and advertising have been and continue to be the sexy, hot topic in media and advertising today–and no wonder why. It’s cool, everyone has embraced it – and it has transformed our lives. But it’s also cool because it really is the new kid on the block, a mere youngster (25 years old) vs. the old fogeys of magazine, radio, and TV. Digital media trends are constantly evolving and there is always something new to talk about; people are still learning about it and as technology and data science continues to evolve, so will the abilities of digital advertising.

However, as the current battle for truth, facts, and quality journalism rages on in our society, it will be very interesting to watch how online and offline media are embraced and employed by consumers, readers, and advertisers alike.

WHY MAGAZINE ADVERTISING WORKS
You’ve probably all read the data: Magazines are not only effective at driving awareness, but they have been proven to work at every stage of the sales and marketing funnel, even to drive conversions at retail—and that magazines have the highest ROAS (Return On Ad Spend), so the data is clear.

As previously digital-only brands start to launch printed magazines (like WebMD, Digiday, and Airbnb), it’s clear that some of these relative New Kids On The Block digital brands R-E-S-P-E-C-T the audiences and experiences that only magazines can deliver.

If you’re not convinced by all of these exciting trends, we’re happy to come in and tell you all about it. Just reach out to your local media expert. 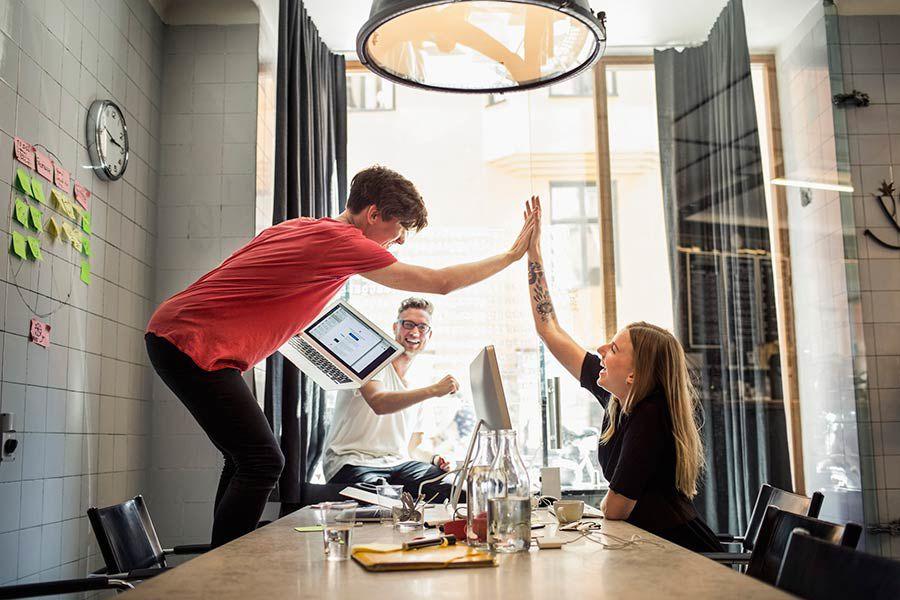