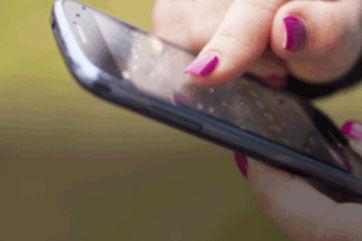 For The Love Of Magazines

I have been in love with the printed word since I was a mere boy of nine-years-old. Now, while that statement might not seem like a gargantuan expression of passion to some; you would have to first understand my ink on paper addiction completely. I have over 35,000 first edition magazines in my collection, some dating back to the late 1800s. In fact, recently I have been digging through the Mr. Magazine™ Classic Vault of vintage magazines and the experience has been unbelievable. The fact that magazines over 100 years old are still just as relevant and captivating as they were the day they were first published is a statement in and of itself.

Read what Harold T. P. Hayes, the legendary editor of Esquire in the 1960s, wrote in the April 1967 Backstage with Esquire: “With some gnashing of brows, it can scrutably be admitted now, Esquire’s Advertising and Promotion staffs have for the last few months been seeking just the right word to express this magazine’s personality. Involvement is the trait with the vote so far, and they may have a point.”

By the way, that same issue of Esquire had the story of a less famous transsexual who changed from a man to a woman in 1958.  The story, The Transsexual Operation was written by Tom Buckley, who was also a reporter for The New York Times, and was covered with much less fanfare than the one named Caitlyn Jenner… Printed magazines, well searched, show that there is nothing new under the sun.

Magazines have always been reflectors of the society we live in, mirror images of the people, places and times that nothing else can duplicate. Not even the digital realms, sacred though they are to some. And while I am a firm believer in all things digital; I am also an even firmer evangelist for all things print. It’s the 21st century, folks; we can have both. It stands to reason if you have a print magazine in your left hand and an iPad in your right; you’ve already solved the publishing dilemma that we entertain in this era. You already have BOTH – now let that sink in for a moment before we go any further.

I’ve always strongly believed that life without print in the Magazine Media world would be as unbalanced and shaky as a disproportionate scale, causing everything to be a bit off kilter and just not right. It would be like Kojak without his sucker, a stuffy kid without Vicks VapoRub, or Mr. Magazine™ sans his mustache; some things are just destined to be under your nose, no matter what. And ink on paper is one of those when it comes to the schnoz of all magazine media.

Complications, dilemmas, obstacles and concerns, these are all adjectives used when describing the problems going on in magazine media today. In fact, problems that have materialized in our traditional magazine world since 2008 when the economy went bust and technology burst upon the scene. Since then we’ve heard the naysayers crying: “Print is dead! Long live digital!” And more recently the catchphrase: “Print isn’t dead; it’s just in decline,” as magazine media scrambles to adjust and rise like a phoenix from the ashes of problems that digital supposedly caused print and the entire industry when it fusilladed into prominence in 2008.

But the problem is not with ink on paper and the solution is not with just pixels on a screen. The problem is our tendency to fret or panic. And there is no need for that because there is a place for both, print and digital. Print is something that our audiences want; therefore we have to give it to them. When we forget the importance of the one and only reason we exist; we create, we design and we plan for our audience, that’s where we get into trouble.

And as we find our footing again in this digital age in which we live, we are discovering that there are attributes (we’ve always known this, but as with any new toy, digital made us forget for a while) that only print can offer to our audiences. And truthfully, the digital-only world has stumbled over this undeniable fact too; as many websites have decided that they cannot engage and connect with their audiences as completely without a print component: Porter, Allrecipes, SwimSwam; and the list goes on and on. Multichannel is the answer today, not print or digital.

Some of those attributes that are impossible to ignore and that are vital in today’s world are:

• Collectability: Print is forever. It’s premium content that the customer is willing to pay for and can appreciate lying around on their coffee table, and that will be there if so desired through the next millennia. Unfortunately, the same cannot be said for your favorite website.

• Sense of touch: Print is tactile and feels good beneath the fingertips. It doesn’t matter how many times you caress your computer screen, I promise you the sensation will not be the same.

• Me-time: Print offers that escape that so many of us seek in our busy hectic lives. When you curl up with your favorite magazine, it’s an experience, not a quick Google search. And we need that desperately today.

• Addiction: Print has that addiction quality that you just can’t find online. Content that brings you to the edge of your seat; photographs that take you on an exotic journey; information that you didn’t even know you needed until you flipped open its pages.

And there are many more that for the sake of time I won’t mention. Suffice it to say, that in the 21st century, print is an even more important and viable option for the audience; the advertiser and the magazine media world than ever before.

In short, print is here to stay. As long as we have human beings, we will have print. After all, everything began with print; you do remember those stone tablets, right?

Dr. Samir “Mr. Magazine™” Husni is a world-renowned leader in the global publishing industry, advising publishers, media and news outlets, and more, about their magazine content and marketing strategies.

He’s the founder and director of the Magazine Innovation Center at the University of Mississippi’s Meek School of Journalism and New Media, and is the author of many influential publications, including Managing Today’s News Media: Audience First, Inside the Great Minds of Magazine Makers, and Magazine Publishing in the 21st Century.

Forbes ASAP magazine called him “the country’s leading magazine expert,” and The European Union’s Magazine Power magazine said, “Dr. Samir Husni is one of the world’s most influential voices in global publishing, advising major publishing houses across the globe on their editorial and advertising strategies. When he talks, the magazine industry listens…”