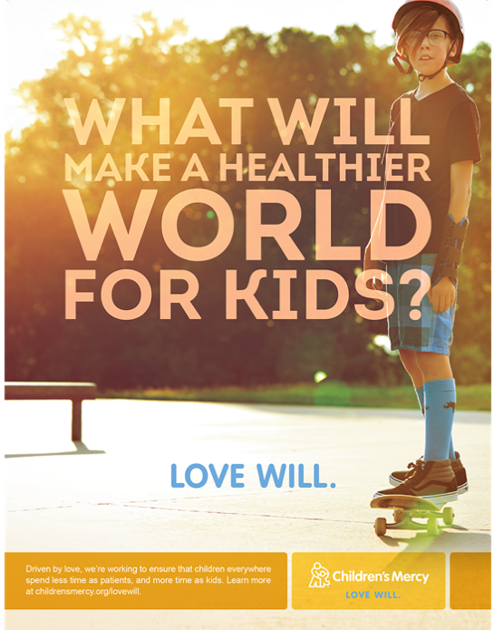 The Best Healthcare Marketing Campaigns of 2019

We're all so enamored by digital advertising because it perfectly reflects our instant gratification world, and it can provide short-term metrics that we all gobble up. But that's a short-sighted approach to brand building—if your campaign is oversaturated with digital ads, you leave valuable impressions and persuasive touchpoints on the table.

There is no linear path to purchase anymore; people want to consume content when, where, and how they want. The only way to maximize your campaign impact is through a balanced media strategy. Magazines, and magazine ads specifically, resonate with consumers well after the ad is out of sight. The tactile nature of the medium creates an impression that digital just can’t.

But the point of this blog isn’t to pit magazine advertising against digital—far from it. The purpose is to explain why it needs to be included as an integral part of your campaign to help complement your digital display and other ad investments.

I remember the days when you weren’t allowed to cite information you found on the internet. Well somewhere along the line, we all let the convenience of search bars and instant gratification replace the desire for accuracy and integrity.

Magazines are not scraped together and posted as fast as fingers can type. There’s an editorial process in place and the institutional magazine brands have their own reputations at stake. If brand safety is a concern, magazines have a legitimacy and permanence that make them the original brand-safe medium.

Reach Consumers who are Concerned About Screen time

Google was the first to start allowing users to track their screen usage, and Apple quickly followed suit with 2018’s iOs12 launch. They have since improved upon this feature with iOs13. The movement to be unplugged is something everyone has acknowledged. And when it finally sinks in that being unplugged from your phone doesn’t mean turning on your TV, where will they turn when they want to consume content?

The digital world is virtually intangible in comparison to the tangible nature of magazines. One could say it’s a bit mystical and requires advertisers to take a slight leap of faith in whether they are in fact reaching real consumers. Funny enough, advertisers have moved heavily into digital because of its ability to report the response data and therefore legitimize what’s happening with their ads as they are delivered throughout the digital ecosystem. However, the data is actually striking on two fronts:

A recent report claims that $1.3 billion was wasted on fraudulent influencer advertising. Also, studies have shown that over 40% of internet activity is bot traffic. Now that’s not to say that digital advertising is without merit. I mean, with over 4.33 billion people online, even with a large percentage of bots, you’re still reaching an exceptional amount of people. But it is worth noting that when you’re dealing with advertising to magazine subscribers, you can be 100% sure dealing with only real people, with real names, and real addresses.

There is no ad fraud in magazine advertising. In the digital world, approximately $5.8B is estimated to be lost to ad fraud each year. It’s no wonder, then, that from a trust perspective, people trusted magazines more than social media (70% to 30%, respectively) based on a report by Magnetic.

Probably the hottest buzzword in marketing is ‘experience.’ 78% of Millennials would rather spend money on an experience or an event over buying something desirable, so it makes sense that 1 in 3 CMOs expect to allocate 21-50% of their budget to brand experience.  What is the definition of an ‘experience’?

An experience is encountering or undergoing an event or occurrence; a particular incident that affects you. Let’s take a look at two scenarios. Simply receiving a magazine in the mail is the first part of the experience (after the anticipation of knowing your favorite title is on its way). Then, you scan the cover image and article headlines, and open it up. The smell of fresh ink hits your nose. Maybe you flip to the back to see what’s there. Then you grab a drink, lean back, and start thumbing through the pages as you explore the editorial, and the ads.

Now consider the second scenario: you’re talking to your peers and someone asks a question. Someone else immediately does a Google search to find the answer and shares it with the group. The end. One is an experience—the other is purely task oriented. Guess which scenario leads to a higher recollection of the ads seen and is overall regarded as more enjoyable?

History will tell you that if you don’t evolve, you die out—become extinct. Well contrary to popular belief, the rhetoric that ‘print is dead’ is just untrue. The perception of magazines is a reflection of a drastic change in consumption patterns and not because consumers' affinity toward magazines has changed.

The hit to the News category across all of print has been critical, but special-interest magazines, as well as a host of other popular categories, have fared well or even prospered. In fact, magazine readership and total number of publications has continued to grow, in contrast to magazine revenue (remember, ad sales and newsstand sales have dropped drastically).

It’s much like the shift in retail—physical stores are closing due to online sales and subscription services. What has helped during this adjustment, and what will inevitably allow magazines to reestablish their position in marketing plans, is how magazines have continued to evolve while retaining their inherit value. Whether it’s new magazines aligning better with modern consumption habits (very category specific), changes in publication frequency, or the introduction of new and applicable technologies like smart codes and augmented reality (the AR examples shown are magazine ads), magazines stand strong as a relevant, effective, and unique medium.

The only cookies here are the ones you’re eating while sitting with a good magazine (I apologize—that’s a terrible dad joke.) But seriously, this is a welcomed medium; it’s purchased by the consumer. There’s no one listening through the magazine to find out what you’re interested in or studying your habits to see what articles you stop on. No gates. No passwords needed. If you want to take a sex quiz in Cosmo, go for it. If no one is in the room with you looking over your shoulder—no one will know. Period. Can you say the same about digital?

As long as there are people creating content and people wanting to consume it, there will be advertisers trying to get in the middle. The good news for magazines is that research tells us that magazine advertising is considered part of the content. It’s expected, welcomed, and even looked forward to.

Create Tangible Experiences with a Memorable and Favorable Medium

The physical nature of magazines plays a critical role in why the medium is so powerful for advertisers. It has the highest recall rate, creates positive emotional connections with consumers, and because of such boosts the effectiveness of other media more than any other media combination. A lot of this stems from the psychological and physiological impact that the tangible medium affords.

Neuromarketing studies show just how the brain reacts to magazine advertising vs. digital advertising based on brain scans and controlled scientific testing. The results show an incredible disparity between a consumer’s perception and the actual impact of the medium. It’s pretty fascinating stuff, actually. Here’s a key takeaway: Although the subjects processed the digital ads more quickly, they showed a greater emotional response and memory for the magazine ads. The magazine ads also invoked more activity in the brain areas associated with value and desire, the outcome of which was a higher perceived value of the brand advertised and less buyer’s remorse when the advertising converted to a sale.

In general, if you want your brand to be remembered, and remembered favorably, incorporate as many senses as possible in your advertising. Apple is a master of this. It’s why they pay close attention to every detail of their packaging. And it’s why they developed the Taptic Engine in their phones to simulate tactile experiences because of the fact that touch is critically important in communicating with the brain and creating emotional connections to a brand.

Grow Beyond Your Normal Audience Bubble

By nature, we’re hesitant to go outside of our comfort zone—it’s survival instinct. But exploration is how we grow and become more diverse. How do you know what else you might like if all you do is consume what it is you already know? Magazines provide a form of content that dances on the edges of your interests without placing you into a box.

The searchable nature of digital, mixed with AI-served advertising, keeps you ‘safe’ and undeveloped. Online searches and digital ads served keep us trapped in filter bubbles (predictive modeling) and suppress our ability to move outside of our comfort zone, and in turn, may be reducing our propensity to find something new that we may like. Magazines, however, are a discovery medium. The MRI-Simmons Multi-Media Engagement Study, Spring 2018, shows that the influence of magazines on consumers to learn about new products, try new things, or even buy things was much greater than websites or TV networks.

Be Anticipated, Welcomed, and Relevant

People love getting things in the mail. 83% of Americans feel positively about receiving packages and, to a lesser degree, magazines (60%). That’s because studies show an increase in arousal when presented with physical mail. There’s also a physiological response to getting something unexpectedly (surprise effect), even if it's anticipated by the recipient (think subscription or online, trackable purchase).

Getting a magazine in the mail is a surprise, a gift, something out of the ordinary daily routine. It’s part of the experience of magazines and it’s powerful. Do you know what made me research the statistics about newsstand sales vs. subscriptions? It’s because every time I go into a meeting, or a waiting room, or wherever I throw down a magazine—people flip through it without a second thought.

The subscription approach of magazines is highly relevant in today’s society. As I stated before, people like magazines, they just don’t want to go to a store and buy them. The rise of subscription services is based off of the modern consumption patterns and magazines are the original. More interestingly, true magazine readers, namely subscribers, are actually the strongest social influencers and are more active on social media than the average adult. Magazine media = Social media.

The Lasting Effect Of Magazine Ads

By some accounts, magazines originated in ancient China. But magazines, and the subscription model as they’re known today, began after the invention of printing—the first widely-distributed magazine was The Gentleman’s Magazine, printed in England in in 1731.

They’re the original content targeting, and hundreds of years later, they still excel at it. Numerous studies show that magazine ads influence consumers more than a digital ad ever could. While magazines will never have the scale that digital ads have, this is a perfect example of quality of quantity. The fact is that both mediums have their pros and cons, and the most effective media plans are wholly integrated, reaching people when, where and how they’re consuming media.

To discuss the current state of magazines or learn about how MNI's targeted magazine solutions reach a highly receptive audience with zero waste, 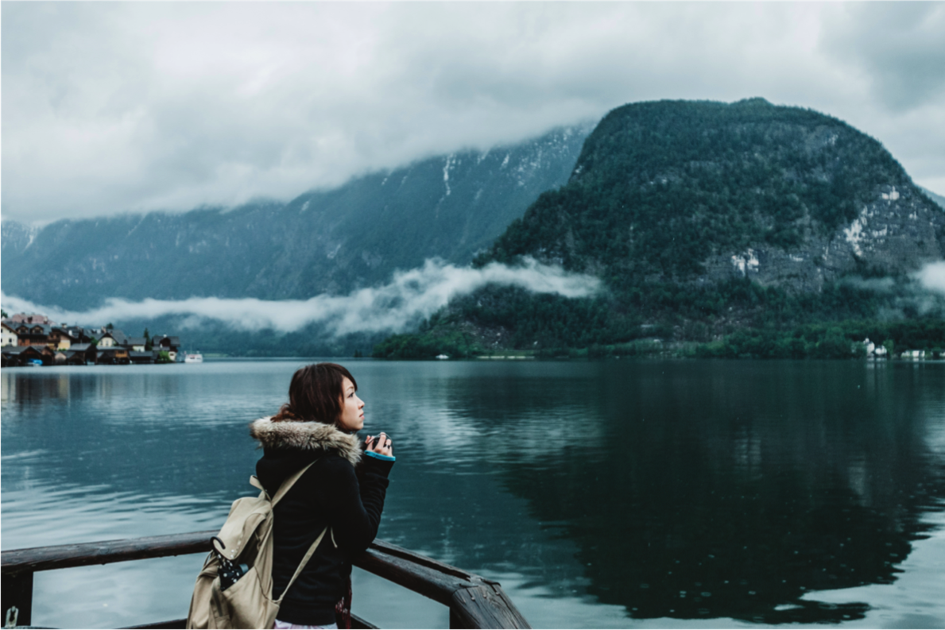