The U.S. Grocery Industry is More Online Than Ever Before

The Changing Face of Digital Video Advertising: You Down With OTT?

Digital advertising has at times been viewed as more effective as a lower funnel tactic. With the ability to leverage in-depth reporting and tracking capabilities that hold the digital industry accountable, marketers have been quick to spend digital budgets to drive conversions and engagements rather than focus on general brand awareness and messaging.

Looking back a few years, the digital video has started to shift, first with things like programmatic pre-roll and mid-roll video. Then, of course, came the addition of things like native video and social media video opportunities. Platforms such as Facebook and Instagram have been great for brands and advertisers, and of course the pioneer of them all, YouTube. Even with these video capabilities, key brand decision makers have still saved the lion’s share of their video advertising budgets for linear TV. (Linear TV: television programming distributed through cable, satellite or broadcast networks; includes VOD.)

However, with increasingly powerful technologies such as personal and addressable tv, we will watch these strategies continue to trend in the direction of connected digital video, particularly in the Over The Top (OTT) space. (OTT or Over-the-top: these are the apps and services that allow us to watch video while bypassing traditional cable.)

The Current State of TV Advertising

With all that being said, linear TV still makes up the bulk of viewership in terms of video, but experts believe we will reach a 2:1 ratio (still in favor of TV) within the early part of the next decade. Due to this trend, the majority of marketers plan to at least maintain or increase their spends in OTT in 2019. OTT video still represents a large number of viewers, which brands simply can’t afford to ignore. Marketers will also have to find ways to become more creative in the OTT space as certain viewers who have opted out of cable will also look to engage in subscription-based, non-ad supported OTT viewing.

Streaming apps such as Netflix, Amazon, HBO Now, and Hulu (Hulu supports both ad-supported and non-ad supported options) are still leading the charge in terms of OTT viewing but also in terms of driving the trend of viewership from linear TV and into digital video platforms. Options that come to mind are TV viewership targeting, with platforms such as Tremor’s Alphonso, and homepage takeover opportunities on connected TV devices, such as Roku, allowing us to reach these viewers with high impact ads before they start to stream video. (CTV or Connected TV: refers to devices that allow us to stream video to a TV, that is connected to the internet.)

As the trend into OTT video grows, so will the number of digital advertising opportunities companies are creating within the space.

The Trend Of Live TV Within OTT

Network TV apps were quick to follow suit. Networks such as ESPN, FX, AMC, USA, and TNT to name a few quickly created OTT apps to allow users to log in and watch previously aired shows at their leisure. These options will remain popular, but we will now watch the growth of VSP apps which are the more current trend driving OTT viewership and consist of OTT apps that allow people to stream live TV.

With VSP, or Video Service Provider apps, we’ve seen 212% growth in viewing hours since Q3 of 2017, which has not gone unnoticed by some of the bigger companies in the space such as Hulu. (VSP: Video Service Provider and vMVPD: Virtual Multichannel Video Programming Distributor; an OTT service that delivers content from multiple TV, cable, telco, or satellite channels, streamed in real time.)

It’s important to note that Hulu started as an SVOD app but has transitioned into the VSP space as well, now offering a live TV option for their customers. They saw the tremendous growth opportunity after watching competitors such as SlingTV succeed in the space. Fubo and Xumo are other examples of VSP apps which have been successful, and again, certain TV networks now also offer live TV within their own OTT apps.

ESPN has been a big success story here, which now not only offers their ESPN Go app for live TV but also creating additional apps, such as the ESPN+ app which allows users to stream additional content outside of what is currently on linear TV. Expect other publishers to continue to use a combo of both SVOD and VSP based streaming opportunities to continue to drive viewership across the OTT space.

What To Expect Next

The one trend we know for sure is that OTT video will continue to grow one way or another, reaching user penetration of 60% of the US population by 2022. This trend could also potentially increase at more rapid rates than we’ve seen previously, due to the younger generations. Since 2016 experts have seen a change in viewing habits of teenagers (average age 16) with a decrease of 10% in cable TV while seeing an increase of 10% in OTT apps such as YouTube. In addition to the increase in viewers, we are also going to see an increase in the amount of custom content that companies in the space are producing. Netflix plans to heavily invest in original content for years to come, planning to increase budget on content creation in from 7.7B in 2018 to up to 11.3B by 2020. While not an ad-supported platform as of now, this still speaks volumes to the notion that they heavily believe in the ability to be financially successful in the space. We also watched more publishers such as Entertainment Tonight launch their OTT app, ET Live, in collaboration with CBS in Q3 of last year, as well as the launch of Meredith’s PeopleTV app which is available on all major connected TV streaming devices. This is something we should expect to see from more publishers in 2019.

Due to the success of OTT we’ve seen in the US, other countries have already started and will continue to follow suit, with people continuing to find ways to stream video outside of the US. While we have not seen an impactful growth in VSP streaming yet, we have seen wide use of SVOD with the UK, Spain, Germany, and Denmark leading the charge. Based on worldwide research, in Q3 2018 21% of people used Pay TV Only, with 26% using SVOD only, and 53% using a combination of both.

While viewers look for ways to consume video on their schedule, and with less advertising clutter, the growth potential for OTT video really does seem limitless.

Effective content marketing is able to achieve 5x more conversions than display retargeting. Given the success of these tactics, in 2019 U.S. advertisers will spend $43.9 billion on native display ads, or 62.7 percent of all digital display ad spending, according to eMarketer. 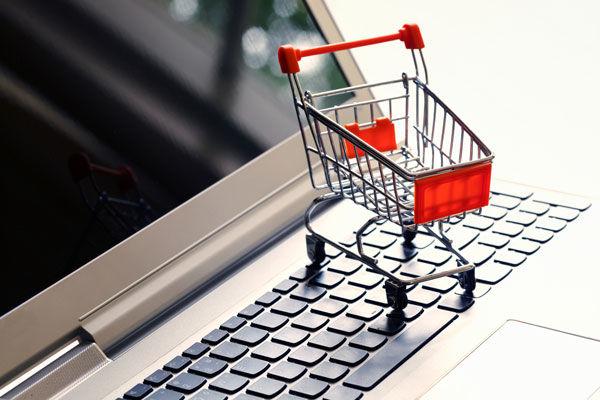