Why Big Data is Important for Marketers

• 41% of pay TV subscribers (cable, satellite, etc.) are planning to either cut back on or sever completely their subscriptions in the near future, choosing to move to social and/or digital.
Source: 5 Social Media Trends That Will Change The Game In 2017 | November 2016 | Forbes.

• Connected TVs are gaining a strong foothold, with over half of the U.S. population expected to watch streaming content on them by 2016, and by 2019, U.S. household penetration will reach 78.1%, with 97.3 million households on board.
Source: Connected TVs Marry New and Old Viewing Habits | November 2016 | eMarketer

• Auto manufactures have spent $161.3 million on holiday sales ads since November 1st, a figure that represents 40% of the sector's overall TV spend ($407.4 million) in the same period. Around 27%, or $43.3 million, of the holiday auto outlay has been spent on in-game NFL inventory.
Source: Automakers Rev Up Black Friday TV Spend to $161 Million | November 2016 | AdAge.

• Mobile is primarily utilized for its door-to-the-store functionality. 76% of people who search for something locally on their smartphone visit a related business within a day, and 28% of those searches result in a purchase. Read more on hyper-local mobile advertising.
Source: A Marketer's Guide to Holiday Supershoppers | October, 2016 | Think With Google.

The connection between mobile and social media spend continues to grow 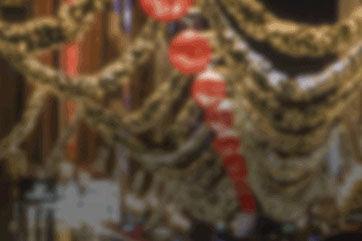