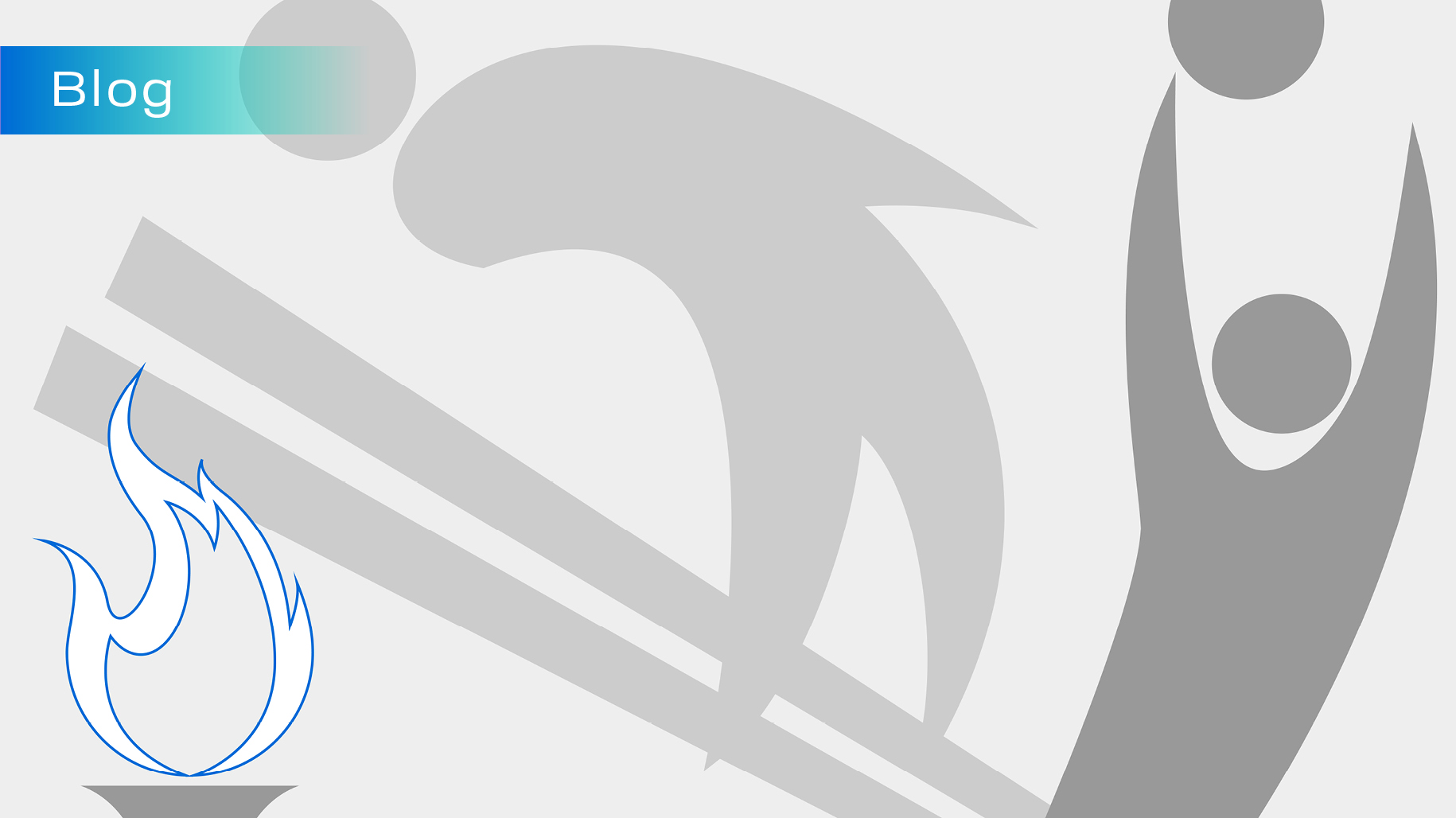 Are Third-Party Cookies Going Away? The Impact on Marketers

What The Olympics Has Taught Us About Marketing Strategy

The Power of Brands Utilizing Pro Athletes on Social Media

Social media has become a powerhouse for brands that want to get their names recognized and reach more of their target audience. Professional athlete marketing (or athlete influencer marketing), in particular, has become extremely popular. Why? Because people are deeply bonded to their favorite sports teams, and therefore, deeply connected to their beloved athletes.

“I think it’s even more than that,” said Arielle Moyal, a 16+ year veteran sports marketing professional in the NBA, MLB and NCAA. “Sport is an industry based on and performed by human beings. Sports cannot exist without people's production; humans are doing the work. Therefore, by definition, athletes are the ones driving sport and therefore, the clout carriers. And with billions of people around the world considering themselves sports fans, the potential for brands to tap into a large consumer market using athletes is big.”

According to Inc., a Harvard professor revealed that 95% of purchasing decisions are subconscious and influenced by deep emotions and connections. "Humans are driven by feelings. So, if you want the consumer to remember your product or brand, they must be engaged and impassioned by the interaction with your company," the magazine reports. "Athletic brands inspire by offering adventure and glory through the act of competition." Just think about all Nike collaborations with athletes! They're full of emotion.

The Strategic Combination of Professional Athletes and Social Media

Pro athletes are quickly becoming social media influencers in addition to their status on the field, court, etc. Brands are utilizing this new opportunity to capitalize on the broad reach of most athletes on social media platforms.

Cristiano Ronaldo signed a lifetime deal with Nike, a great example of athletes as influencers. This was a big move for Nike since Insider reports that Ronaldo has more followers than any other Instagram account, reaching 369 million and growing.

Although the magazine reports that "in 2021 Ronaldo commands the highest fee of any social media personality since the list began," costing advertisers nearly $1.6 million per post, Ronaldo has millions of very loyal followers that are more than eager to do and purchase whatever he recommends. 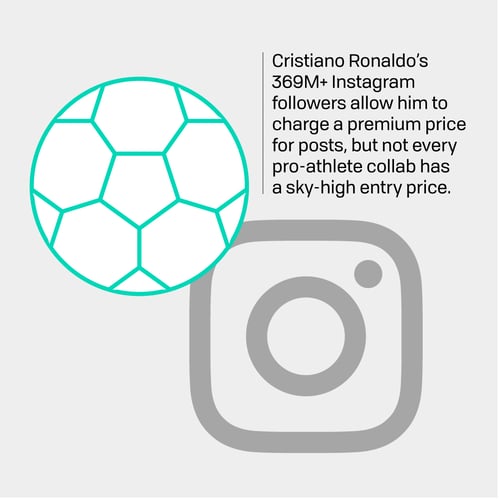 If this is beyond your financial capabilities, don't worry. Not every sports influencer will be quite as costly. Lesser-known pros and relevant amateurs are also being utilized to promote some brands. Less high-profile collaborations, typically with micro-influencers that have earned brands quite a bit of recognition, include:

“Digital media has seen a rapid transformation in the last ten years. And the rise of this communication lane has completely changed how sport is consumed and how athletes acknowledge their individual brand definition,” said Arielle. “Now, no matter how good or popular an athlete is as just a player, all of them can be considered valuable depending on what other interests they have, their defined brand outside of their sport, etc. It's no longer up to arbitrary voices to define who and what's worth seeing. What does this mean for brands? There’s an athlete for every price. Remember that social media in particular has given consumers the ability to seek player content in their own way, meaning leveraging athlete popularity results in brand’s reaching new consumer potential.”

The benefits of using athlete influencer marketing are many including adding incredible value to your brand and reach. More than this, they're a way to get your brand loved and admired.

Using Their Influence for Good Causes

Athletes with growing social media followings are using their fame to speak out about important issues and causes. A few notable examples include:

Brands can benefit from their athlete influencers speaking out on important issues. This is because your brand is immediately recognized and associated with the same support for good causes.

Influencer marketing has become a much more popular channel for brands to increase their return-on-investment (ROI) while effectively communicating with their audience. This is because engagement levels are higher—hitting about 5% for influencers with one to five thousand followers and averaging about 2.2% for all IG influencers (according to Statista). As for ROI, an Influence Marketing Hub report found that brands can expect to earn at least an average of $5.78 per dollar spent, with many getting as high as $18 per dollar spent.

Athlete Influencers Have a Competitive Edge

Due to their direct point of contact with fans, when they perform well or are covered in the press, they gain more attention and followers on social media. This is an exceptional opportunity for brands and digital advertising efforts because it can bring unexpected popularity to your products/services when your sports influencers hit major milestones and set records. A great way to take advantage is to post following all the buzz and excitement.

Even as the pandemic has shut down many sporting events, the NFL has capitalized on using sports influencers and grabbing the attention of younger generations with eSports instead. The NFL knows the clout that athletes and influencers bring, especially for grabbing the attention of frequent social media users like Gen Z. One way the NFL gets fans excited, according to recent article in the New York Times, is utilizing sports influencers to excite fans and promote football. And another way they are trying to capture a new fan base is through special events like the NICK NFL playoff game featuring the Cowboys vs. 49ers which was a special slime filled broadcast co-hosted by Dylan Gilmer, a child rapper and star on Tyler Perry's Young Dylan and former NFL player Nate Burleson and now CBS This Morning co-host.

Social media is of course, a storytelling platform, and the most prominent brands tell stories, too. Using athlete influencers on social media is essential for brand awareness and engagement. Professional athletes can tell your brand story in a way that grabs the attention of those they inspire. When you have a beloved athlete on your side, your audience is more likely to resonate with your brand and your message.

“Look at some of the ways social media in particular has been the only or major driver of attention for athlete stories”, said Arielle. “Take Jimmy Butler, for example. A coffee enthusiast, he carted around a simple branded coffee cup during every obligation he had to attend during the 2020 NBA Bubble. Meetings. The tunnel. In the dining spaces. Everywhere, and he promoted each moment on his social media (and the NBA constantly picked it up on theirs!). That coffee cup was the prototype for his current Bigface coffee brand, with the NBA Bubble being an experiment for the viability of officially launching a new concept. And it worked; not only does Bigface coffee exist, Butler has a partnership with e-commerce company Shopify and recently announced he was partnering with famous baker, Zak Stern, to serve his coffee at Stern’s bakery during Art Basel, one of South Florida’s largest tourist events, in 2022. Butler’s brand is growing rapidly and it all started on social media. Brands can take these same kinds of leaps with players, many of which are low risk, and have high returns.”

Like with any great endeavor, there are also some cons to consider. For instance, there is still some skepticism with professional athletes, social media, and unexpected controversies.

Many consumers are concerned about the payment that athlete influencers receive for their brand and product recommendations, making many of them question whether they genuinely support the brand. More often than not, followers can identify when an influencer isn't being genuine or if they post about a product that contradicts their values and beliefs. 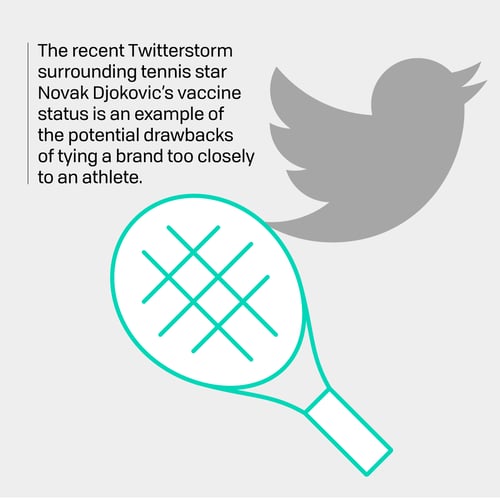 Some athletes can have controversial online behavior such as offensive tweets, which can hinder brand reputation. This can happen unexpectedly and can be particularly problematic if you signed the athlete on for a lifetime collaboration with your brand.

Recently, the world’s top-ranking tennis star, Novak Djokovic, found himself in a widely covered situation with the Australian government upon arriving for a Grand Slam event. Djokovic, who is unvaccinated and claimed medical exemption, had his visa revoked upon arrival to the country. Officials denied entry into the country after his exemption was deemed insufficient. The situation was debated in the courts as well as on social media where both opposers and supporters used it as a forum to express their feelings. How Djokovic’s sponsors will react, if at all, has yet to be determined.

In fact, the Digital Marketing Institute reports that as many as 70% of teens trust influencers more than traditional celebrities, and nearly 4 in 10 Millennials believe that their favorite social influencers understand them better than friends. What's more, the university also says that brands can benefit from around 86% of women using social media for purchasing advice and nearly half (49%) of consumers depending on influencer recommendations before taking action.

When it comes down to it, athletes inspire passion and dedication in their fans, which is extremely important in influencer marketing. It's also imperative for brands to participate when possible.

To get the most out of your sports advertising campaigns and brand marketing, partner with a team of experts who do what they do well. Let the influencers do their thing, brand theirs and digital experts like MNI theirs: this is how you ultimately achieve success. After all, you wouldn’t have a quarterback be your lead for crew squad, would you?

@Janine Pollack, MNI Integrated Marketing Director and self-appointed Storyteller in Chief, leads the brands commitment to generating content that informs and inspires. Prior to MNI, Janine worked with Fortune 500 companies and world-renowned education institutions on numerous research and white papers, podcasts and thought-leadership and education campaigns. 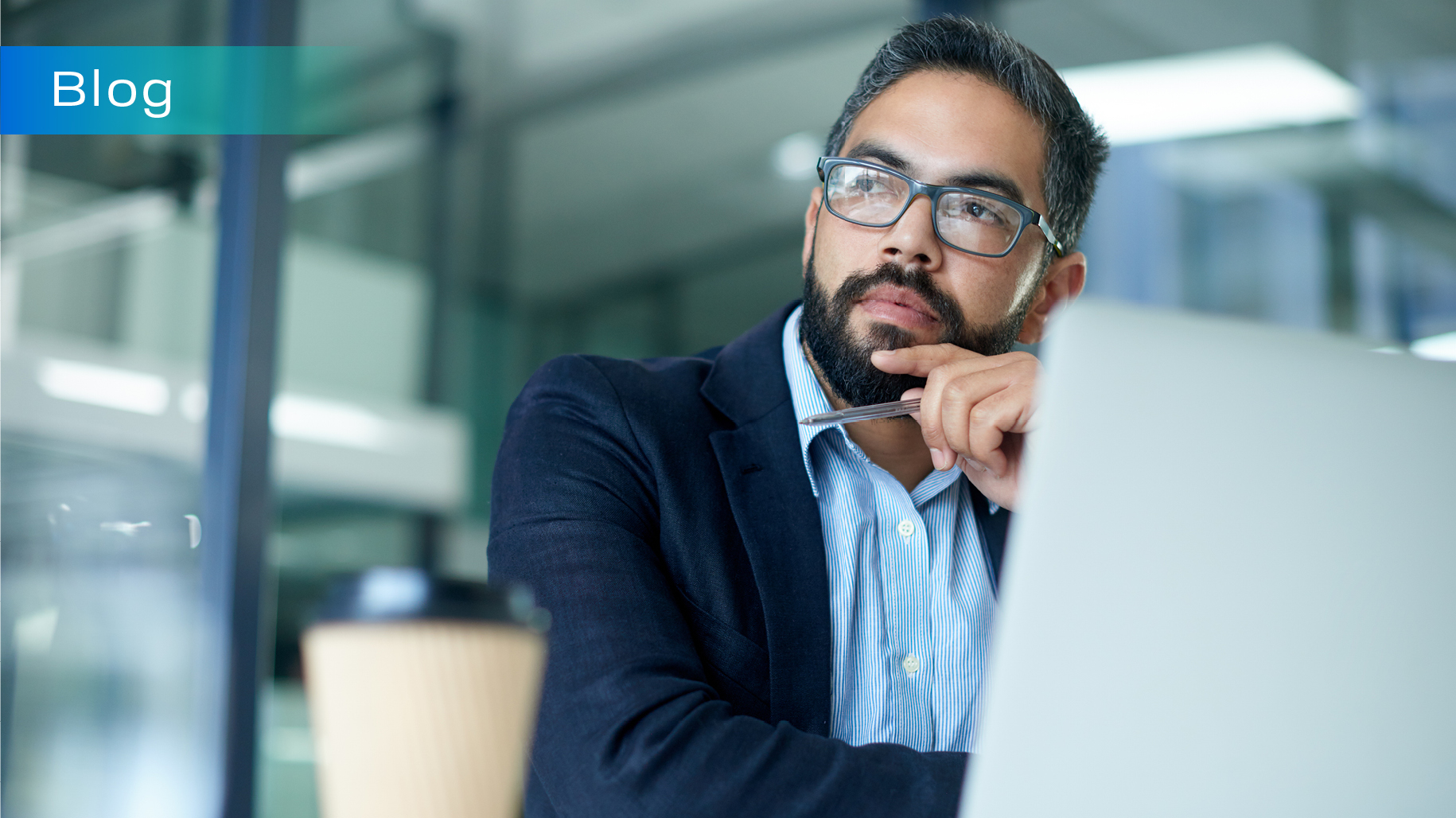