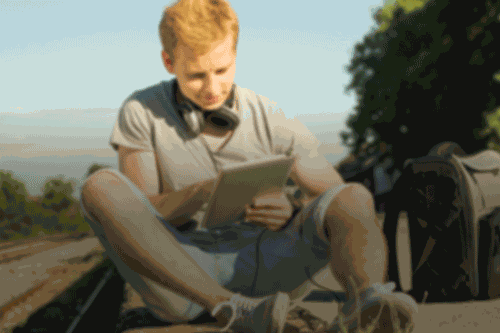 • An estimated 71.6 million people tuned in to watch the final debate of the 2016 presidential election on October 19th. In terms of social interactions related to the presidential debate, there were 53.2 million social media interactions across Facebook and Twitter, from 16.9 million people in the U.S.
Source: Third Presidential Debate of 2016 Draws 71.6 Million Viewers | October 20, 2016 |Nielsen Newswire.

Not all Millennials use desktop

• 97% of Millennials are mobile users, while 20% do not use desktop at all.
The 35-54 demographic has the highest percentage of multiplatform users, at 82%. Source: 2016 U.S. Cross-Platform Future in Focus | comScore.

• Digital advertising revenue surged to a new high of $32.7 billion for the first half of 2016, up 19% from last year's record $27.5 billion. Mobile represented 47% of all digital ad spend this year. Source: Desktop Search Ads Fall for First Time, IAB Says, as Digital Ad Revenue Sets Another Record | November 1, 2016 | AdAge.

• While total video advertising for both desktop and mobile came in at $3.9 billion for the first half of this year,
video advertising on smartphones and tablets grew 178% over the year-ago period, to $1.6 billion. Source: Desktop Search Ads Fall for First Time, IAB Says, as Digital Ad Revenue Sets Another Record | November 1, 2016 | AdAge.

• 64 cents of every dollar spent in retail stores is influenced by digital, with mobile being a major driver. 76% of people who conduct a local search on their smartphone visit a business within 24 hours, and 28% of those searches result in a purchase. Source: I-Want-To-Buy-It Moments: Mobile's Growing Role in a Shopper's Purchase Decision | July 2016 | think with Google

• Mobile will be an integral part of shopping this holiday season, with 46% of U.S. smartphone owners planning to use their devices to search for deals or sales at particular stores, while 44% plan to use their smartphones to compare prices across stores. 37% plan to make a purchase using their mobile device, and 26% will use their phones to find stores. Source: Ways in Which U.S. Smartphone Users Plan to Use Their Mobile Device When Holiday Shopping | September 2016 | eMarketer