How Are Legal Marijuana Businesses Advertising Their Product? Key Statistics and Trends

One Year Later: Subscription ECommerce Services are Still on the Rise

In the age of cord cutting, sports fans are the last to make the change to streaming-only services for fear of losing their ability to watch their favorite athletes compete live. However, with the swift changes being made to streaming availability, many sports fans are finally cutting the last cable cord.

The end of 2017 ushered in a milestone in the cord-cutting movement. Combined, the top companies in the pay-TV sector lost approximately 405,000 subscribers in the third quarter. Another half million subscribers cut the cord in the fourth quarter of the year. The fourth quarter decline represented a 3.4% drop in pay-TV subscribers, the highest since 2010.

U.S. OTT video service subscribers have been steadily climbing as use of smart TVs, gaming consoles, and other internet-connected content-delivery options have blossomed. In 2017, OTT Services saw 153 million subscribers. This number grew to 170 million in 2018 and is projected to reach 181.5 million by the end of 2019, reaching 64% of all internet users. An estimated 74% of all U.S. homes will own a smart TV, paving the way for streaming sports consumption on the biggest screen in consumers’ homes.

Trend Setters in the Cord-Cutting Industry

In early 2015, Dish Network’s Sling TV began offering an internet-delivered TV bundle that included some of the top sports networks, including ESPN. That same year, PlayStation followed suit with Vue, offering live sports streaming across several popular networks. By 2017 three other providers were presenting their consumers with similar options with AT&T’s DirecTV Now, the launch of YouTube TV, and Hulu’s Live TV. In addition, a solely sports-centric OTT service called fuboTV transitioned to a combined internet-TV service, blurring the lines between linear and streaming. These offerings became known as linear OTT and have paved the way for sports consumption across devices and connections. These digital alternatives will heavily impact the cable industry

In 2018, ESPN and Turner Broadcasting launched standalone streaming services, shedding their TV bundle constraints in an effort to reach digital-only consumers. These offerings, ESPN+ and B/R Live, respectively, do not show the same content as their parent channels. Instead, they offer their own custom content to appeal to these emerging consumers further changing the live sports-viewing landscape and the content supplied.

It’s projected that in the next four years OTT services will more than double their viewership, reaching upwards of 35 million viewers by 2022. It’s expected that many of these consumers will indeed be sports fans looking for a more customized, immersive sports experience. That kind of conversion would present a large disruption for traditional viewing in a short amount of time, leaving cable grasping at straws to stay relevant as the total of cord-cutters is expected to reach 55 million by 2022.

On top of the dramatic shifts in viewing habits and offerings from the traditional names in the cable space, tech companies have become some of the largest entities to vie for consumers’ sports attention. With platforms such as Twitter, Facebook, and Amazon bidding on and successfully attaining rights to sports properties, including the NFL’s Thursday Night Football and select MLB and MLS games, consumers are now able to use social media sites to watch their favorite teams.

In their deal with MLB, Facebook has unprecedented exclusive rights to the 25 games they broadcast, meaning that the games will not be shown on traditional cable networks. Instead, fans can tune-in for free from their Facebook account.

With all these changes, it’s only a matter of time before complete season viewing is available across the major leagues in the U.S. on digital-only platforms.

Leagues are Losing their Lead

Traditional media companies such as Fox, ESPN, Turner, and more, have the rights to the big four U.S. leagues (NFL, NBA, NHL, and MLB) until 2021. With internet streaming companies dipping a toe into the water of sports media rights, they’re in prime position to make the leap to full-fledged league media rights ownership when the rights go up for bidding beginning in 2021.

To prove that they are a strong partner for leagues, tech companies are offering sports content to their consumers, including things like game highlights, documentaries, and original behind-the-scenes shows, which brings in additional revenue for the leagues and proves that the tech companies are prepared to take the leap and become the sole owners of media rights. Amazon is even going so far as to test selling team-branded merchandise within their live broadcasts, further proving that they have more to provide the league than traditional media companies.

What does this mean for marketers?

When it comes to live streaming, consumers are tuning in to sports more than any other content type, proving that this is the strongest avenue for marketers to reach streaming audiences.

In Q1 of 2018, the largest share of ad views in live video content was during a sports broadcast.

U.S. connected TV users will continue to shift away from legacy streaming technologies such as game consoles, toward new, more portable set-top boxes and streaming sticks.

OTT programming will also grab an increasing amount of internet users’ television time in the coming years, as viewers turn to such devices for premium live content viewing experiences. OTT time will increase 425%.

Advertising to consumers as they stream video on their smart TV via streaming service gives you the option to reach them with a branded message before, after, or between the content to capitalize on the growing trend of converted streaming consumers. 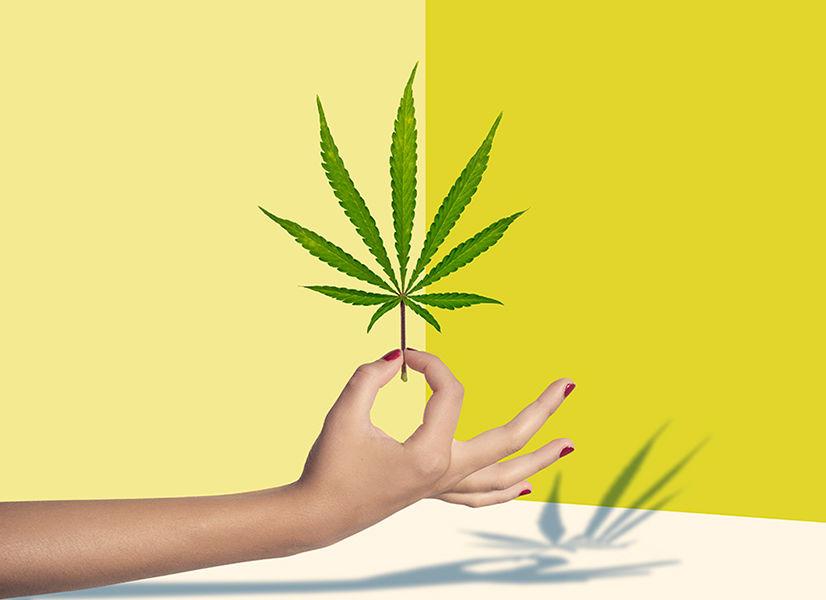