How Can Brands Celebrate Juneteenth and Embrace DEI?

My earliest memories of the Olympics date back to 1998. I was all of eight years old; a tiny thing, really. So, I got the front row seat – the carpeted floor – and was seated closest to the family TV. I vividly recall nearly everyone– my parents, brother, aunts, uncles, cousins, and grandparents - huddled around watching the opening ceremony.

Much has changed since that year. TVs - such as the one my family owned - have paved the way for sleek smart TVs in our living rooms. Cable is grudgingly continuing to make way for streaming platforms. The then-eight-year-olds have grown into adults who consume content and engage with relevant advertising across devices and platforms.

What hasn’t changed, is the power of the Olympics to aggregate audiences on a mammoth scale for several days and across multiple platforms. For advertisers, the gold is right here – this captive and engaged audience streaming the games. What’s to be seen is how brands will keep pace with the rapidly evolving viewing habits of over 3 billion fans to get their message across at moments that matter. Over-the-top (OTT) advertising is perfect for this challenge.

The Olympics weren’t immune to the effects of the COVID-19 pandemic. After a decision to postpone the Games from 2020 to 2021, the Tokyo 2020 Olympic Organizing Committee, along with the head of the International Olympic Committee (IOC) and the Tokyo Governor declared that foreign spectators will not be allowed into Japan to attend the delayed Olympic and Paralympic Games.

The Olympics have been postponed and/or cancelled only five times before. However, the postponement of the 2020 Olympics is the first of its kind – never before have the Games been delayed or cancelled for reasons other than war!

Although this caused speculation among fans and casual viewers, there’s a small chance that it will hamper the enthusiasm around this year’s Olympics, save for those whose tickets were unfortunately cancelled. Sure, there’s an appeal in venues packed with a live audience, and a whole other-worldly feeling in watching the Games in person. However, around a million tickets had been sold outside of Japan, and 4.45 million to Japanese residents, translating to only a fifth of potential attendees being affected by the decision. Moreover, this is a small percentage in light of this year’s Olympics fan base of over 3.5 billion, most of who will watch the Games from the comforts of their homes and nearby establishments.

While many will tune into the Olympics live on TV with NBC’s Olympic coverage, we expect increased digital viewership. Online coverage will be available on NBCOlympics.com and on the NBC Sports app. For cord-cutters like myself, Peacock, NBCUniversal's streaming service, will be the go-to channel. NBC is available on live TV streaming services such as Sling TV, fuboTV, Hulu With Live TV, AT&T TV and YouTube TV.

This year, U.S. adults will, on an average, spend nearly 60% of their media consumption time on digital channels, 25% of traditional TV and the rest on print and radio.

The 2021 Olympics are perfect for OTT advertisers

A key driver of this spending continues to be video, which in turn is driven by increase in subscribers to over-the-top (OTT) services such as Netflix, Prime Video and Hulu, and the adoption of connected TV (CTV). In fact, this year, 230 million adults will be OTT video service users – or, 7 out of every 10 Americans will be an OTT user.

This presents a valuable opportunity for advertisers that are already in the OTT space; for those who aren’t, the time to advertise on OTT services is now. As I’ve said, an engaged audience is the gold medal. With streaming content, attention is almost always guaranteed, because the content is of the viewer’s choosing. And live streaming an event such as the Summer Olympics? It’s valuable audience real-estate not to be wasted.

Another point of interest is the multiscreen explosion. When watching TV, over half of all U.S. viewers use their smartphones. When it comes to sports fans, nine out of ten use a second screen while watching TV, with 79% of them deferring to smartphones.

While simultaneously watching TV and using digital devices, most are

85% of Olympic viewers engage in second screening to follow the action while watching TV.

Leveraging OTT advertising for the Olympics

1. Learn when the fans are watching

Ask anyone who watches the Olympics with at least a moderate amount of interest, and they’ll tell you about their favorite events. I’m partial to all forms of gymnastics, and synchronized swimming. This means that I and others like me may not tune into events like boxing or shooting.

It becomes imperative then, to be present when your audience is. This can be done using data.

We’ve gotten really smart and sophisticated with data – from collecting it and analyzing it, to using it in ways that deliver the message to the right audience at the right time. With data, viewers who are known to have a high affinity to watch the Olympics, or are likely to be interested in specific events, can be targeted when they’re on OTT platforms.

You can also reach this audience when they’re shifting from streaming the Olympics to watching ‘Normal People’ on Hulu.

2. Be smart about your audience targeting

Targeting only sports fans may limit your reach, since more than one out of three adults who say they rarely or never watch sports, plan to watch the Summer Games. On the other hand, U.S. Olympic fans are more likely than the average adult to consume content related to auto, gaming, and travel.

Basis your product or service, pick your audience smartly. Look for audience overlaps, where affinities and intentions intersect, to get the ideal audience reach.

3. Focus on the big screen

While viewers can and will watch the Games on different devices, the big screen in the living room gives them the ultimate Olympic viewing experience. It’s like watching the Super Bowl, but for over two weeks.

Using precise targeting, household OTT viewers can be reached when they stream content via smart TVs. Whether they are highly engaged viewers or laid-back streamers, one can hardly miss relevant messaging when it’s on the big screen.

Many will flock to smaller screens like PCs and smartphones to catch segments of the Olympics, or special programming around the Games. Therefore, it is wise to target these devices too, with dynamic creatives adjusted to play well with varying screen sizes.

One in three people followed the 2012 London Olympics on multiple screens on any given day.

The goal is to reach the OTT user engaging not only with Olympic content, but also with other content during the Olympic period, especially while multi-screening.

Second screening isn’t a fad. It’s a habit ingrained in TV viewers – traditional and streamers alike – and will continue for a long time. As advertisers, dare to extend your message beyond OTT services by leveraging cross-platform tactics to reach audiences across devices.

Brands can use retargeting tactics to their advantage, which will allow OTT ads that aren’t played during programming to be presented to target audiences elsewhere. For example, ads can appear on digital devices used for second screening, either on websites, search results pages or in-app.

Users following sports on both Twitter and TV demonstrate higher levels of engagement and memorability of TV ads when compared to the TV-only audience.

For greater engagement, the gap between the big screen and secondary screens can be bridged by embedding QR codes into TV ads. Viewers can simply scan the code with their smartphones to access interactive experiences around your product; this can be accompanied by supplementary video content, shoppable features and store locators.

A majority of Olympics fans say that they watch past Olympics, or old clips of specific Olympic events. In fact, this behavior isn’t isolated to the Olympics; people like to watch historical footage of their favorite sports close to the date of the upcoming event.

Brands can leverage this ‘penchant for sports nostalgia’ and weave in their narrative in ways that connect with the audience. With OTT advertising’s advanced targeting capabilities, different creatives can be delivered to specific groups of viewers such that the nostalgia generated feels personal, which in turn leads to a meaningful connection between the brand and the audience.

Brands that can find ways to relate themselves and their offerings to the Olympics will be in the lead. However, advertising during the Olympics can be tricky – one does not mess with the IOC, the USOC and their advertising guidelines. While this year, the IOC is providing more opportunities and slightly more flexibility for athletes to participate in commercial activities during the Games, they still take non-sponsor use of the Olympics’ intellectual property very seriously.

Other points to note include –

With a plethora of viewing options available, Olympics fans can choose to view the Games in real-time, or, to accommodate the time difference, stream the whole or parts of the event on their own time. Irrespective of their choice, the popularity of OTT consumption of the Games will be undeniable. Advertisers who cut through the clutter with clever messaging (without messing around with the IOC, of course) that is relatable to their target audience will be remembered.

As for me, while the smart TV in the living room will be the hero we huddle around, each member in my family of four has at least one personal screen. I have three, of which I plan to use two to stream the Games.

This doesn’t take away from the experience of watching the Olympics, a unifying event that brings everyone – sports fans and otherwise – together in celebration of grit and gumption of humanity.

Niviya Vas works with MNI Targeted Media on all things research and marketing. When she’s not scouring for data-driven insights across categories and media platforms, she’s making travel mood-boards, pinning home-décor Pins, and watching Pitch Perfect on repeat (1, not 2). 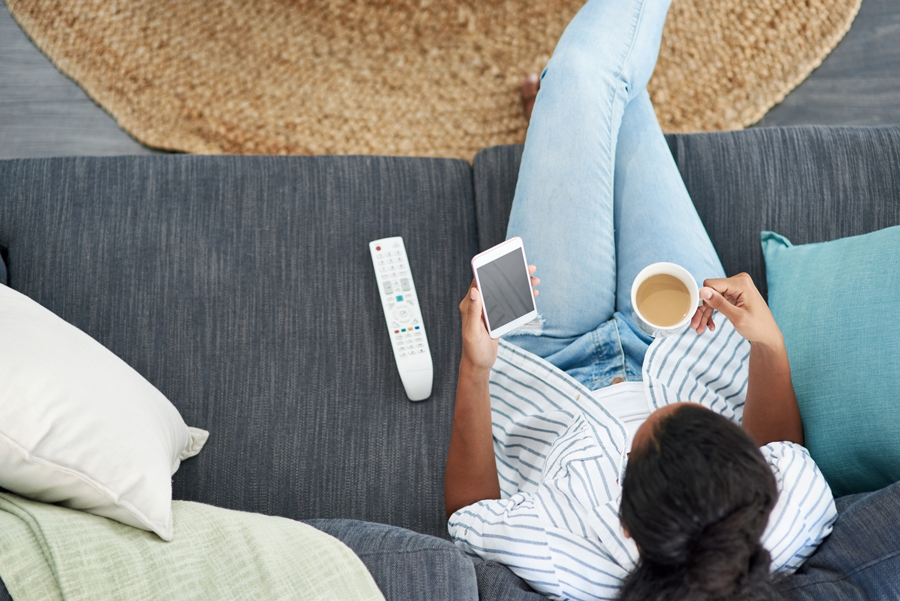